Home » Portfolio » The Earthly and the Celestial
Got2Globe Portfolio

The Earthly and the Celestial

Around a Cruise
Malekula vendors return from a fair held on Wala Island because of the cruise ship at the distance, Vanuatu.
Naxi "Impressions"
One of the scenes from Zhang Yimou's "Impressions" show in Lijiang, Yunnan, China
Sun of the Mexican Life
Beer vendors supply a bar in the city of Izamal, Yucatan, Mexico.
Cold Meanders
House on the edge of a winding river in northern Iceland.
The Big Chief
Tribal chief Meny V Kaya extols his power during the Cape Coast Fetu Afahye Festival.
Baie d'Oro
Snorkeler explores a reef off the Baie d'Oro, on the Île des Pins, off New Caledonia.
A Marital Light
Wedding photographer measures light on a bride's face at Meiji shrine in Tokyo, Japan
Galle catwalk
Women in glossy saris walk along the top of one of the walls of the fortress of Galle, Sri Lanka.
Mishap in Balance
Boatman regains balance on the edge of the river Brahmaputra, island of Majuli, Assam, India
In trouble
Bathers struggle to get out of too hot water in Blue Lagoon, Iceland.
Purikura Sapphire
Client perfects Purikura-style photos in one of the sophisticated booths that abound in Japan.
Recollection Mode
Women collect shells on a sand in the north of the island of Zanzibar, Tanzania.
Snack time
Handler feeds crocodiles near Cairns, Queensland, Australia
Poly - Tatoo
A Polynesian drummer animates a beauty contest held in the Mapuru market at Paraita de Papeete, the capital of Tahiti.
Pachydermal coexistence
Resident adjusts to a pachyderm environment in Guilin, China.
Sand Mussiros
Children floured in the sand at Wimbe beach in Pemba, Mozambique
Maori surf
Surfer contemplates the Pacific Ocean off the North Coast of New Zealand.
Rainy Ecstasy
Cucumber Festival participants dance in the rain, in Suzdal, Russia. 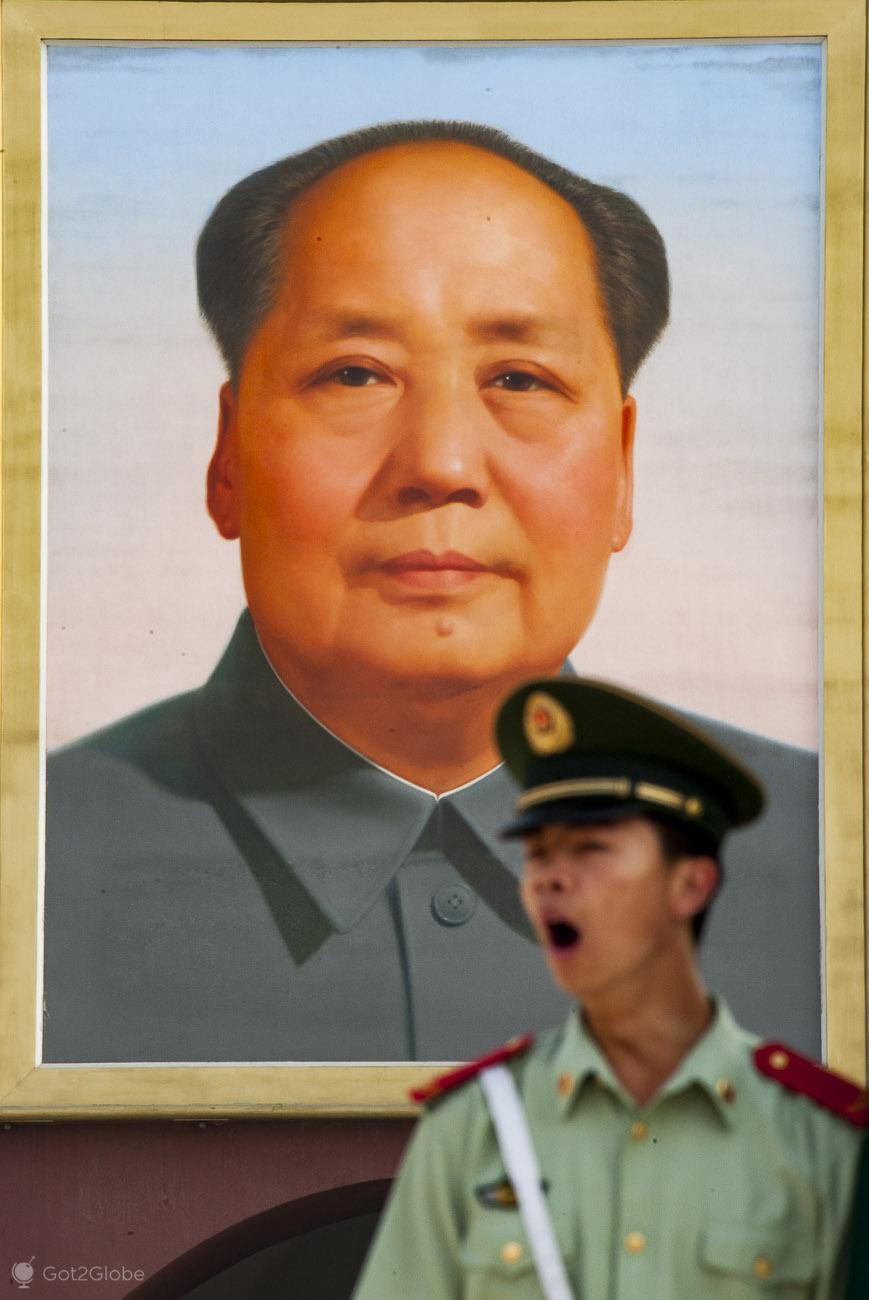 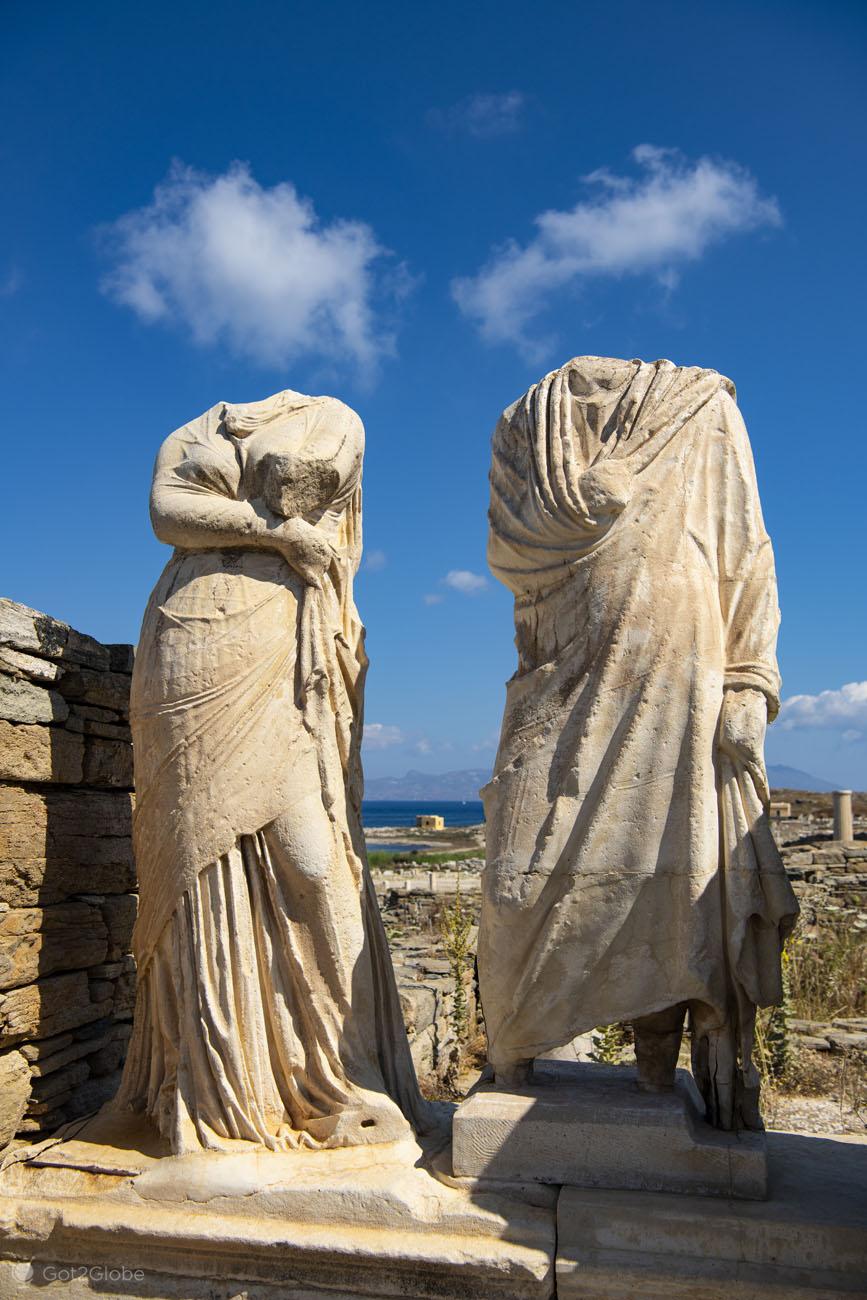 Cleopatra and Dioscorides
Cleopatra and Dioscorides headless in the clouds, statues from the island of Delos, Greece.
A Pirenópolis' Mascarado
A masked man from Cavalhadas during a convivial moment in Pirenópolis, state of Goiás, Brazil.
Yangon's Snacks
A street vendor sells countless skews in Yangon, Myanmar's largest city.
An Osaka Salaryman
Salaryman walks down the corridor of a large shopping center in Osaka, Japan.
Romance in the Southern Alps
Couple takes a selfie after disembarking from a ski-plane landed on a snowy slope in the Southern Alps, Mount Cook, New Zealand.
Dena Charlie's Crossing
Tanna's guide Dena Charlie crosses a trunk bridge of the Yakel Village, Tanna Island, Vanuatu
North American ceiling
Plane flies near the summit of Mount Denali - MckInley, the highest elevation in North America, Alaska
Masai Elevation
Masai men perform a traditional dance in their village of Amboseli, Kenya. 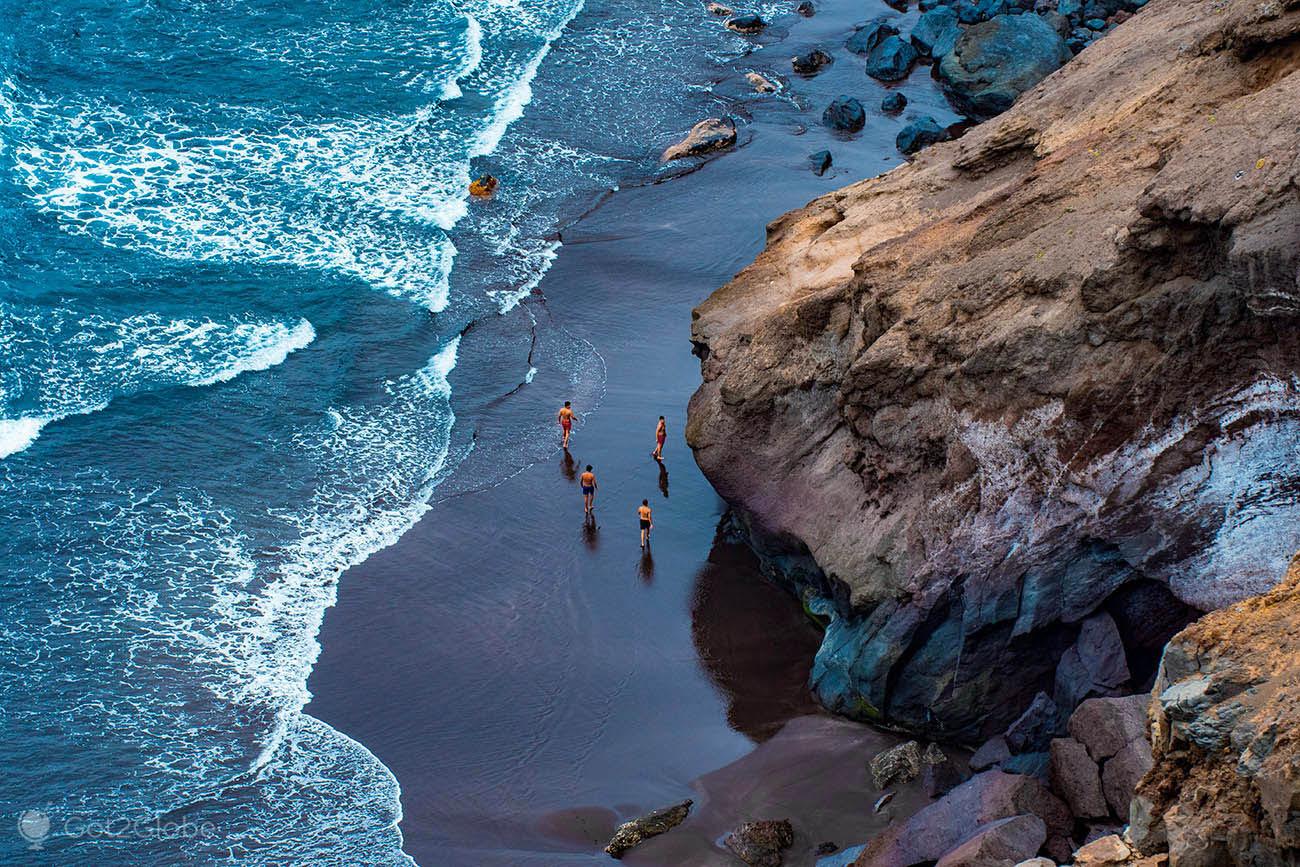 a sea tour
Bathers walk on the deep beach of Bujaren on the island of La Palma, Canary Islands
Official Grotesque
Russian military man poses next to an embalmed bear during the Suzdal Cucumber Festival, Russia
A Trip with no Destination
Cables of the highest cable car in the world, between Mérida and Pico Espejo (4765m) of the Sierra Nevada, Mérida, Venezuela

The Best in the World - Got2Globe Portfolio

An Africa as Wild as Zulu

On the eminence of the coast of Mozambique, the province of KwaZulu-Natal is home to an unexpected South Africa. Deserted beaches full of dunes, vast estuarine swamps and hills covered with fog fill this wild land also bathed by the Indian Ocean. It is shared by the subjects of the always proud Zulu nation and one of the most prolific and diverse fauna on the African continent.
Annapurna (circuit)
Annapurna Circuit: 5th- Ngawal-Braga, Nepal,

Towards the Nepalese Braga

We spent another morning of glorious weather discovering Ngawal. There is a short journey towards Manang, the main town on the way to the zenith of the Annapurna circuit. We stayed for Braga (Braka). The hamlet would soon prove to be one of its most unforgettable places.
Architecture & Design
Senglea, Malta

At the turn of the 8.000th century, Senglea housed 0.2 inhabitants in 2 km3.000, a European record, today, it has “only” XNUMX neighborhood Christians. It is the smallest, most overcrowded and genuine of the Maltese cities.
Adventure
Aoraki / Mount Cook, New Zealand

The Aeronautical Conquest of the Southern Alps

In 1955, pilot Harry Wigley created a system for taking off and landing on asphalt or snow. Since then, his company has unveiled, from the air, some of the greatest scenery in Oceania.
Ceremonies and Festivities
Marinduque, Philippines

When the Romans Invade the Philippines

Even the Eastern Empire didn't get that far. In Holy Week, thousands of centurions seize Marinduque. There, the last days of Longinus, a legionary converted to Christianity, are re-enacted.
Cities
Rabat, Malta

A Former Suburb in the Heart of Malta

If Mdina became the noble capital of the island, the Knights Hospitaller decided to sacrifice the fortification of present-day Rabat. The city outside the walls expanded. It survives as a popular and rural counterpoint to the now living museum in Mdina.
Meal
Singapore

There were 4 ethnic groups in Singapore, each with its own culinary tradition. Added to this was the influence of thousands of immigrants and expatriates on an island with half the area of ​​London. It was the nation with the greatest gastronomic diversity in the Orient.
Culture
Champoton, Mexico

The Wackiest Race on the Top of the World

Finland's Lapps have been competing in the tow of their reindeer for centuries. In the final of the Kings Cup - Porokuninkuusajot - , they face each other at great speed, well above the Arctic Circle and well below zero.
Traveling
Aswan, Egypt

Where the Nile Welcomes the Black Africa

1200km upstream of its delta, the Nile is no longer navigable. The last of the great Egyptian cities marks the fusion between Arab and Nubian territory. Since its origins in Lake Victoria, the river has given life to countless African peoples with dark complexions.
Ethnic
Nelson to Wharariki, Abel Tasman NP, New Zealand

The Maori coastline on which Europeans landed

Abel Janszoon Tasman explored more of the newly mapped and mythical "Terra australis" when a mistake soured the contact with natives of an unknown island. The episode inaugurated the colonial history of the New Zealand. Today, both the divine coast on which the episode took place and the surrounding seas evoke the Dutch navigator.
Got2Globe Photo Portfolio
Natural Light (Part 1)

And Light was made on Earth. Know how to use it.

The theme of light in photography is inexhaustible. In this article, we give you some basic notions about your behavior, to start with, just and only in terms of geolocation, the time of day and the time of year.
History
Armenia

The Cradle of the Official Christianity

Just 268 years after Jesus' death, a nation will have become the first to accept the Christian faith by royal decree. This nation still preserves its own Apostolic Church and some of the oldest Christian temples in the world. Traveling through the Caucasus, we visit them in the footsteps of Gregory the Illuminator, the patriarch who inspires Armenia's spiritual life.
Islands
Christiansted, St. Croix, US Virgin Islands

The Capital of the Afro-Danish-American Antilles

In 1733, Denmark bought the island of Saint Croix from France, annexed it to its West Indies where, based at Christiansted, it profited from the labor of slaves brought from the Gold Coast. The abolition of slavery made colonies unviable. And a historic-tropical bargain that the United States preserves.
Winter White
Iceland

The Geothermal Coziness of the Ice Island

Most visitors value Iceland's volcanic scenery for its beauty. Icelanders also draw from them heat and energy crucial to the life they lead to the Arctic gates.
Literature
Saint Petersburg e Mikhaylovkoe, Russia

The Writer Who Succumbed to His Own Plot

Alexander Pushkin is hailed by many as the greatest Russian poet and the founder of modern Russian literature. But Pushkin also dictated an almost tragicomic epilogue to his prolific life.
Nature
Fazenda São João, Miranda, Brazil

Pantanal with Paraguay in Sight

When the Fazenda Passo do Lontra decided to expand its ecotourism, it recruited the other family farm, the São João. Further away from the Miranda River, this second property reveals a remote Pantanal, on the verge of Paraguay. The country and the homonymous river. 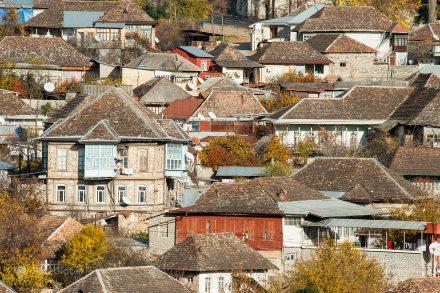 autumn in the caucasus

Lost among the snowy mountains that separate Europe from Asia, Sheki is one of Azerbaijan's most iconic towns. Its largely silky history includes periods of great harshness. When we visited it, autumn pastels added color to a peculiar post-Soviet and Muslim life.
Natural Parks
Pucón, Chile

Among the Araucarias of La Araucania

At a certain latitude in longline Chile, we enter La Araucanía. This is a rugged Chile, full of volcanoes, lakes, rivers, waterfalls and the coniferous forests from which the region's name grew. And it is the heart of the pine nuts of the largest indigenous ethnic group in the country: the Mapuche.
UNESCO World Heritage
Big Zimbabwe

Between the 1500th and XNUMXth centuries, Bantu peoples built what became the largest medieval city in sub-Saharan Africa. From XNUMX onwards, with the passage of the first Portuguese explorers arriving from Mozambique, the city was already in decline. Its ruins, which inspired the name of the present-day Zimbabwean nation, have many unanswered questions.
Characters
Key West, United States

Effusive as ever, Ernest Hemingway called Key West "the best place I've ever been...". In the tropical depths of the contiguous US, he found evasion and crazy, drunken fun. And the inspiration to write with intensity to match.
Beaches
cahuita, Costa Rica

An Adult Return to Cahuita

During a backpacking tour of Costa Rica in 2003, the Caribbean warmth of Cahuita delights us. In 2021, after 18 years, we return. In addition to an expected, but contained modernization and hispanization of the town, little else had changed.
Religion
Solovetsky Islands, Russia

The Mother Island of the Gulag Archipelago

It hosted one of Russia's most powerful Orthodox religious domains, but Lenin and Stalin turned it into a gulag. With the fall of the USSR, Solovestky regains his peace and spirituality. 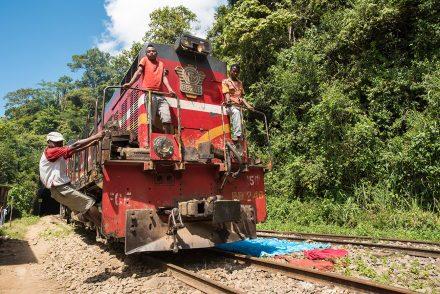 On board the Malagasy TGV

We depart Fianarantsoa at 7a.m. It wasn't until 3am the following morning that we completed the 170km to Manakara. The natives call this almost secular train Train Great Vibrations. During the long journey, we felt, very strongly, those of the heart of Madagascar.
Society
Oslo, Norway

One of Norway's problems has been deciding how to invest the billions of euros from its record-breaking sovereign wealth fund. But even immoderate resources don't save Oslo from its social inconsistencies.
Daily life
Longsheng, China

Huang Luo: the Chinese Village of the Longest Hairs

In a multi-ethnic region covered with terraced rice paddies, the women of Huang Luo have surrendered to the same hairy obsession. They let the longest hair in the world grow, years on end, to an average length of 170 to 200 cm. Oddly enough, to keep them beautiful and shiny, they only use water and rice.
Wildlife
Masai Mara, Kenya

A Journey Through the Masai Lands

The Mara savannah became famous for the confrontation between millions of herbivores and their predators. But, in a reckless communion with wildlife, it is the Masai humans who stand out there.
Scenic Flights
napali coast, Hawaii

Kauai is the greenest and rainiest island in the Hawaiian archipelago. It is also the oldest. As we explore its Napalo Coast by land, sea and air, we are amazed to see how the passage of millennia has only favored it.
Back to start
PT EN ES FR DE IT